Family tradition and quality consciousness –from the beginning. Gerhard Kreckler is the third generation of a successful family of business men, whose foundation was laid over 70 years ago, by the grandfather Bernhard Kreckler.

Bernhard Kreckler, who is first represented in the citizien books of Mannheim, initially lived in a prime location in square D1, on the second floor of house no. 10, directly on the Paradeplatz (now fashion house C & A and savings bank). From 1938 the family lived in the square D 6, house no. 15. From here, Bernhard Kreckler was already active as a merchant. However, the first own store business was opened in 1941 in square C 3, No. 16. Now you find in the citizien books of Mannheim "The Bernhard Kreckler Laden- und Schaufenstereinrichtungsgegenstände" in large letters. The assortment consisted of shop fittings by the standards of the time, such as counters and showcases, cashier furniture and scales. The war-riots of the following years can be attributed to the fact that no photographs or other documents were preserved from this first business of the Kreckler family and from the building in which it was housed.

Bernhard Kreckler himself was sent to Alsace during the war years. There he was responsible as motorist in the messenger service for the transmission of important messages. The son Günter Kreckler helped some years later in the construction of the "Musée de l´Abri" in the Alsatian Hatten

The former residence town of Mannheim developed into an important industrial city until the 1930s, for example, through the founding of the Rheinhafen, the Bad Aniline and Soda Factory (BASF) and Heinrich Lanz AG as well as the commissioning of the power plant Mannheim. In the Second World War it was heavily hit by a total of 151 air raids and was largely put to ruins by the three heaviest ones, from 1943 to 1945. Of 86,682 dwellings, only 14,637 remained intact, while 31.165 were completely destroyed. After the war, the "Schadensatlas" of the city of Mannheim also showed that the house of the Kreckler family in D 6 and the building, in which the shop was placed, were destroyed by 80-100%. The loss of the business is probably due to the unfortunate coincidence that the so-called "Reichsjustizverwaltung Deutsches Reich" (German judiciary administration Deutsches Reich) was housed in the same House No. 16. The immediate neighbors' buildings were only damaged to 30% and still today almost the entire area of houses in square C 3 is preserved - except for the number 16.

After the end of war Bernhard Kreckler and his family lived in Mannheim. A trade in shop and shop window equipment was registered under the address Draisstraße 1 in the business directory of the citizien books until 1951. However, in which form and scope this trade actually took place, is uncertain. 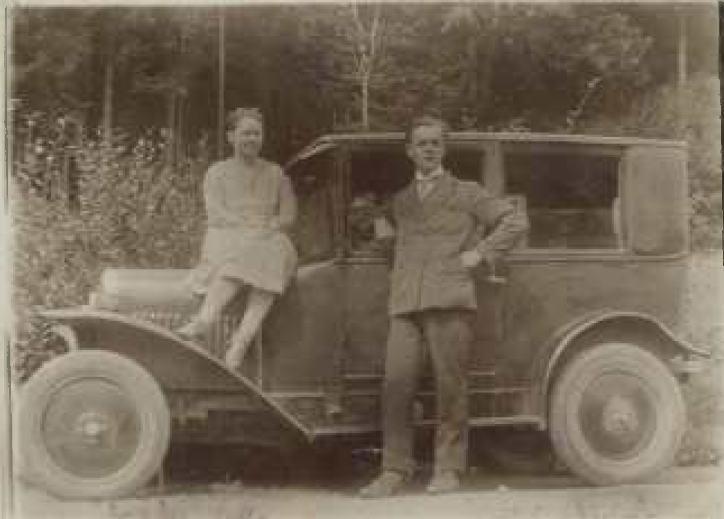